The End Of Things Approaches

The 2018 NaNoWriMo novel launch takes place this week, as the clock switches over from 11:59 p.m. Wednesday, October 31, to 12:00 a.m Thursday, November 1. For anyone who has ever participated in NaNoWriMo (National Novel Writing Month) there is a certain amount of dread, overshadowed with exhilaration . . . along with a longing for decadent snack foods and large quantities of highly caffeinated beverages. 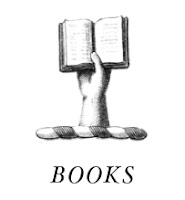 At the end of November, there will be thousands upon thousands of new novels that have been birthed by writers of all degree of skill. And, there will be billions of readers all over the world who will have a myriad of new novels to choose from for future reading adventures. While not every NaNoWriMo novel will be published, it's safe to say a great many of them will, including The End Of Things At Dark Island, which, the Lord willing, will launch early in 2019 for the public.

So, as I make a list of the snack foods I'll need to sustain me over the next thirty days, set a new alert on my phone to offset my tendency to procrastinate, and finish developing the characteristics of the characters and locations for this novel, I hope you'll give some thought to subscribing to this serial novel and read along as the book is released to the first 500 readers chapter by chapter.

December is just around the corner, but we have to navigate the literary waters of November.

When a novel is available for subscription, a PayPal "Buy Now" button will appear here and remain active for twenty-four (24) hours.

Why A Serialized Novel?

Serialized fiction in this age just makes sense. Readers like having instant, or near-instant, electronic access to the content they enjoy. Serialized fiction delivered by way of apps, online blogs, e-readers, and email, fills that need.
I hope you will take time to explore this blog. It is the launch site for my latest serialized novel.
If you're interested in receiving chapters of Myserialbook's current work via your email, click the button above and join in the fun, intrigue, mystery, or suspense, whatever happens to be going on at the time.
The "Buy Now" button will be active for a 24-hour period on the day of the launch. Serialized subscriptions are limited to 500 per book. Will you become one of the MSB500?

Page sponsors are always welcome. I do not sign up for affiliate programs, but if you would like to help sponsor this blog with a small monthly donation, let's talk. I do reserve the right to decline any offer.
Goal: To provide specific content of interest to the readers of this blog.